This website uses cookies to ensure you get the best experience. Please read our policies for more information. 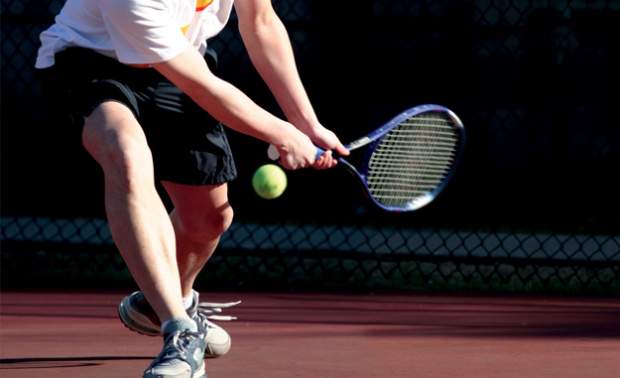 Taken directly from the brilliant Matt Slater, BBC sports news reporter: Read how HMRC have a massive impact on who comes to our country to compete:

These are good times to be the minister for sport in the UK.

Domestic football is one of the country's best exports, we are punching above our weight in numerous sports on the world stage, and we are all so excited about the prospect of hosting the Olympics.

So it is no surprise that Hugh Robertson, the current minister for sport, was able to stand before an audience of international sports leaders in Canada on Thursday and tell them Britain is the centre of the sporting universe.

“We are ready to deliver a great Olympic and Paralympic Games,” Robertson said in Quebec.

“But the top-class sport will not stop there. Over the next few years we are to host some fantastic competitions that will keep the passion for sport burning.”

London 2012, the 2013 Rugby League World Cup, 2014 Commonwealth Games, 2015 Rugby Union World Cup …it's an impressive list, all right, not to mention the dozens of other leading annual and one-off events that decorate the calendar. But it could be even better.

Take Usain Bolt, for example: The world's fastest man has not raced in the UK for three years. This is not because there have been no events good enough, because he has no fans or commercial interests here, or because he is so used to British conditions that he does not see the benefit of a pre-Olympic run-out.

Bolt has not set foot on a British track since 2009 because it will cost him.

This, potentially, could be quite a sum, as the Jamaican billboard is earning almost £10m a year in endorsements and only competes 10 days or so a year.

Bolt's response to this threat was as straightforward as most of his races; he simply decided to stay away. And he has not been the only one.

British golf fans have had to make do with far fewer opportunities to watch the world's best foreign talent on our courses, and tennis followers have had their Rafa Nadal rations reduced.

If it was not for the Open and Wimbledon being dates of such central importance, it is entirely possible the best overseas players would listen to their accountants and give Britain a miss entirely.

Stephen Dunham, an independent tax expert, believes this country's status as a home for great sport is being “undermined” by HMRC's aggressive stance.

“The danger is that the UK will be seen as 'closed to sport', deterring organisers from considering the UK as a location for their event and prompting athletes to question whether a UK event should be in their schedules,” said Dunham.

No stars means no interest from broadcasters and sponsors. That hurts British sport's ability to create champions and keep the public fit and healthy.

Mindful of this apparent flaw in the plan, Robertson managed to persuade his bean-counting colleagues to wave an olive branch in the direction of Bolt, Nadal and co.

Buried between the booze and fags in his Budget speech in March, Chancellor of the Exchequer George Osborne announced “training days” would now be taken into account when HMRC makes its assessments.

A smaller number, certainly, but not small enough to get Bolt to July's London Grand Prix.

but he still has a problem with the city SportBusiness International recently described as the “world's ultimate” sports destination.

“It's pretty sad that I can't compete at the London meeting because they are pretty much all Jamaicans there,” said Bolt.

“But at the Olympics every Jamaican will be there and they'll get one of the most awesome shows. The cheers will be louder because they haven't seen me for so long.”

The Olympics, like the Open or Wimbledon, are too big to miss, but they are also staged in a tax-free bubble.

As a condition of bidding for the Games, the International Olympic Committee demands that every host waives the right to tax the participants. London 2012 became a tax haven on 30 March and will not be back under HMRC's auspices until 8 November. Fill your spikes, Usain.

The 2014 Commonwealth Games in Glasgow have also been given this special status, but it is not a concession readily granted.

en Uefa realised the full implications of British laws. It only got another chance in 2011 and 2013, when the government agreed to set up another temporary Bermuda.

“HMRC doesn't seem to understand that the value of the big UK tournaments significantly outweighs the tax that is collected,” he said.

“I'm hoping this announcement may indicate a change in attitude. It would be good if they could consider introducing similar incentives for non-team sports in the future too.”

Dunham agrees, and highlights research that showed the 2011 Champions League final earned the British economy £45m, whereas the total tax take from overseas sports stars' endorsements is only £7m.

It is usually unwise to make too many predictions about HMRC's attitude, but current indications suggest it will hold its hard line.

A recent court case involving the South African golfer Retief Goosen has resulted in the US tax authorities softening their approach to overseas endorsement income. An inquiry to HMRC about a possible “read across” to UK practice was given short shrift.

“It is only fair that visiting sportspeople pay tax on the money they make from sponsorship connected with their UK appearances,” a Treasury spokesperson said.

Given this conundrum, it is easy to understand why Robertson spends so much time “banging the drum”: it is simpler than reconciling the conflicting impulses of a country enjoying a “golden decade of sport” during an age of austerity.

VAT after the Brexit transition
23 November 2020

From the moment your small business takes shape, there’s one… Read more